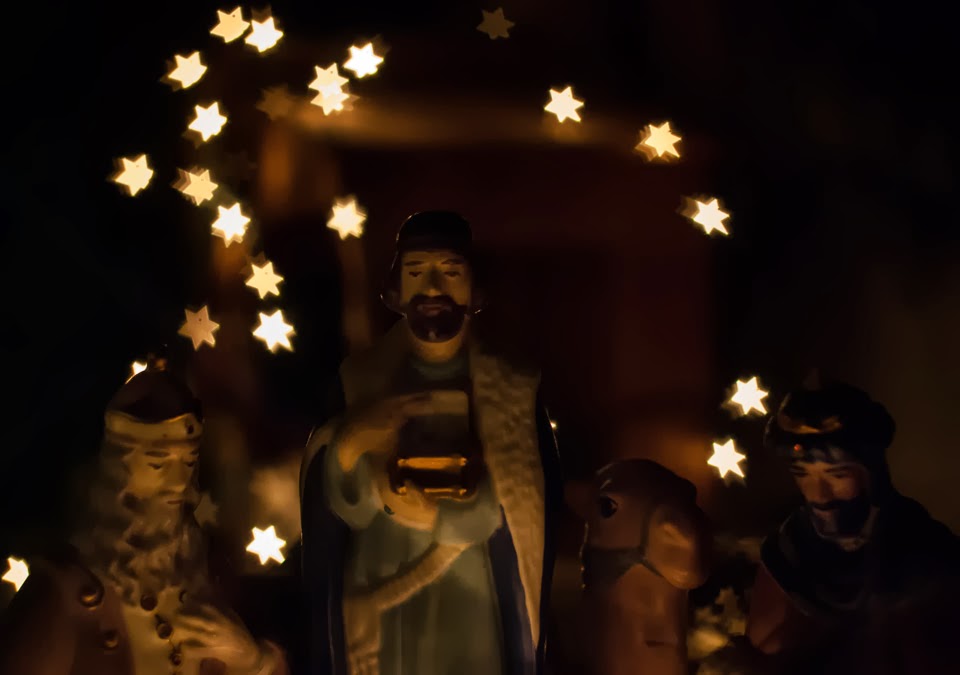 When they had heard the king, they set out; and there, ahead of them, went the star that they had seen at its rising, until it stopped over the place where the child was. When they saw that the star had stopped, they were overwhelmed with joy. On entering the house, they saw the child with Mary his mother; and they knelt down and paid him homage. Then, opening their treasure chests, they offered him gifts of gold, frankincense, and myrrh. And having been warned in a dream not to return to Herod, they left for their own country by another road.      Matthew 2:9-12

Need a reminder about the day and season of Epiphany?  Check out Epiphany - Growing Time!

Want to see pictures of my Epiphany star?  Take a look at the post Epiphany Star.

Would you like to see some photos of of the places we will be hearing about in Church in the season of Epiphany?  Read The Sea of Galilee.

I love comments! If you're new to commenting on blogs, I recommend that you "Comment as" Name/URL. You can use your real first name or a nickname. URL is the address of a website that you want to be linked with your name - feel free to leave it blank if you don’t have one. Before your comment is accepted, you have to pass a spam filter. After clicking on 'post comment' or 'preview', just type in the sequence of letters you will then see (or click on the wheelchair for a recording of characters to type). Thanks for reading and commenting!