Our Christmas Eve service was beautiful again this year! I love the way that we weave the pageant and Holy Eucharist together. I'm posting the few pictures I have and I am so sorry if you can't find your favorite angel or shepherd here. I'll keep looking for more photos. Meanwhile enjoy the season of Christmas! May the wonder and joy of this season be a blessing for all of us, and may we be blessings for one another and for the world!

Advent in the Atrium 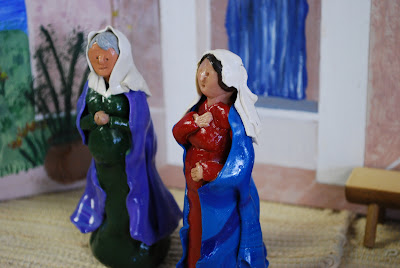 We are having a really lovely advent in the True Vine Atrium! The children have been working so well with real focus and joy. All of the History of the Kingdom of God work that we did this fall has made a big impact on how we are seeing the infancy narratives and prophecies. I've been amazed by the depth of the connections the children are making. 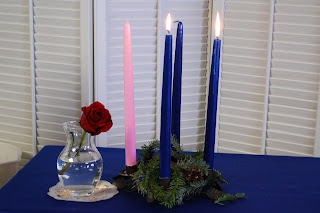 On Advent two, we took a look at the prophecies we learned in Level One of the Catechesis and began to synthesize them. I wrote about this presentation and a bit about the role of prophecy in a previous post. The conversation was so rich this year - and the children quickly pointed out several themes they saw in the prophecies. They talked about "little and big," the presence of light and darkness, and the Kingdom of God in the prophecies. 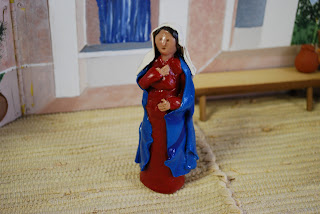 Later in the morning two children presented the scripture and material telling of Mary's visit to Elizabeth to the group. As we pondered what more we might learn about Mary from this moment, we compared the very humble way that Mary saw herself with the amazing role she was given by God. One child connected our work with the prophecies and our thoughts about Mary together in a beautiful way: He said that God took all of that light and the whole kingdom of God and put them in Mary! I've been thinking about his words ever since. What a blessing it is to be in the atrium in advent!
Posted by Leslie at 4:47 PM 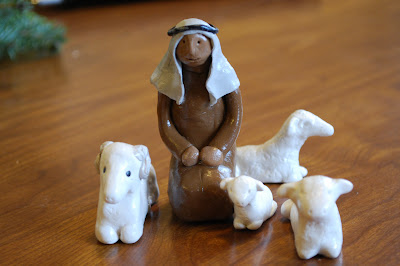 Several people have asked about the Infancy Narrative figures we recently replaced so I thought I'd post a few photos of them. We generally make our figures out of sculpey polymer clay built on an aluminum foil base. Scupey is a great clay to use and I think it is attractive to the children. We occasionally have trouble with chipping or with the necks breaking on the people when they are dropped, but overall the figures are pretty durable. In the photo above you can see the new shepherd and sheep we made. 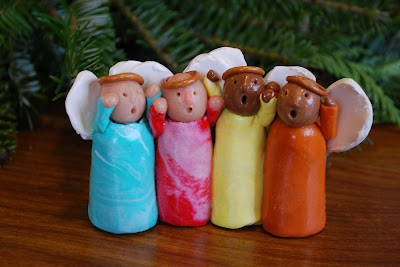 This is the Heavenly Host who appear to the shepherds in the field. 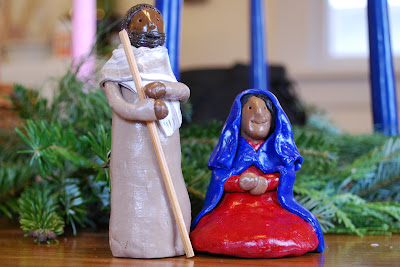 This is our new Joseph and Mary from the birth of Jesus. 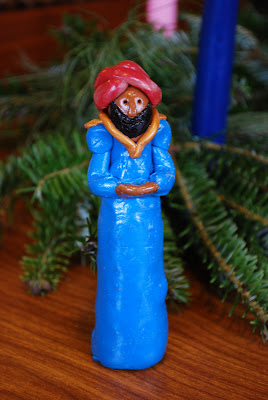 And here is our new wiseman.
Posted by Leslie at 10:32 AM 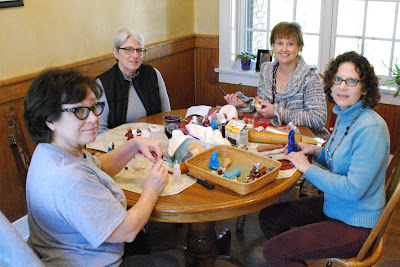 Take a look at these advent elves! As we began our ninth advent with the Catechesis of the Good Shepherd we found that it was time to replace many of the figures from our infancy narratives. Lynn, Sarah, Terri, Deb and I spent a day this week recreating wise men, Mary and Elizabeth, angels and sheep for little hands to hold this December. What a pleasure! Thank you to these special helpers!

Advent begins tomorrow! How will you be observing the season with your family this year? Check out the post, Advent Begins if you need some inspiration! 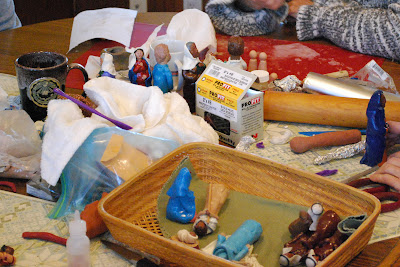