Farewell to the A-word! 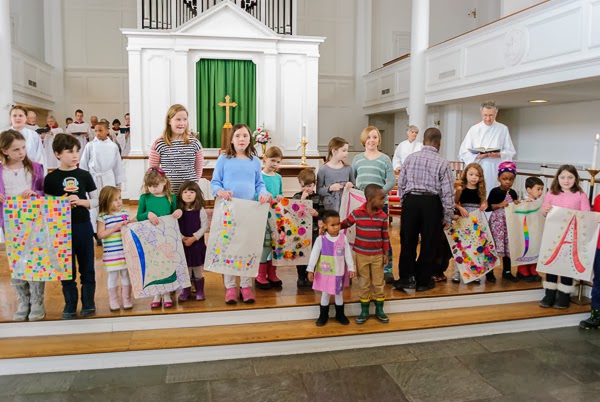 Last Sunday we bid farewell to our old friend "A______a."  We have observed the tradition of putting away the A-word on the last Sunday before Lent begins for many years, which reflects our Church's liturgical practice of ceasing to use that festive word during the contemplative season of Lent. 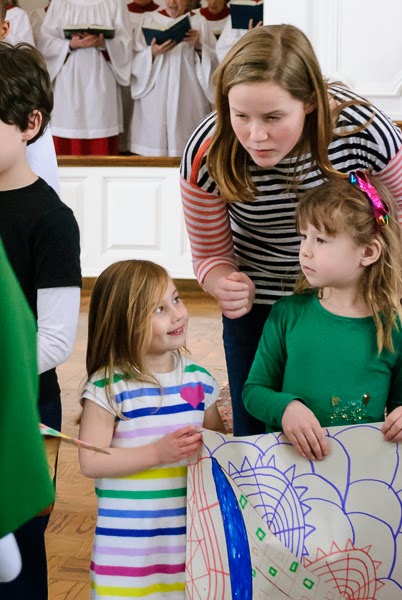 It was a quiet Sunday due to yet another Sunday morning snow fall, but the children enjoyed decorating the letters during Christian formation and we all processed up the aisle with the word during the final hymn. 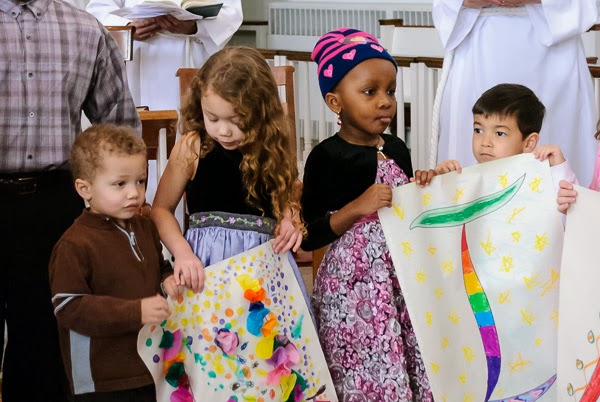 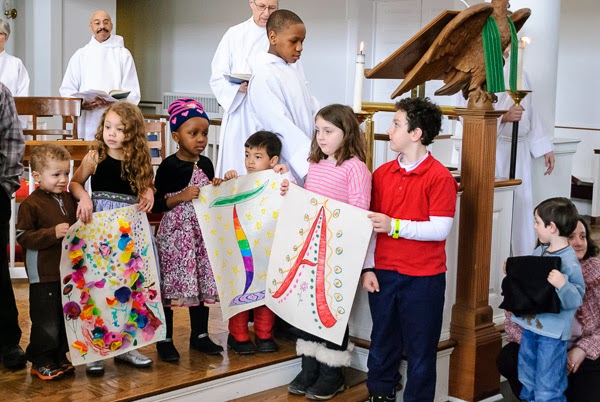 After putting the letters together so that the congregation could see the word, Rev. Peter walked down the line and collected them in a basket and we covered them with a piece of black felt. They were left on the altar and later moved to the Sacristy. 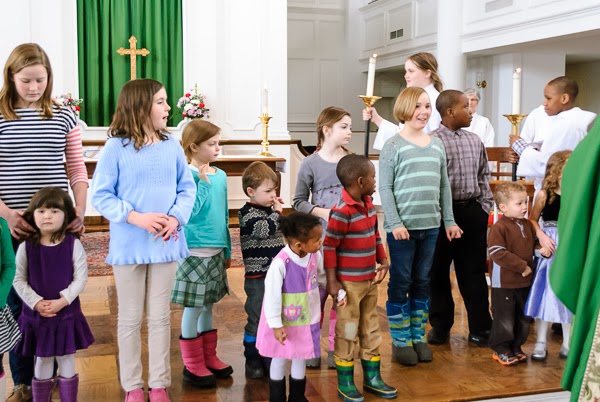 The letters the children decorated will reappear on Easter morning as a large banner across the front of the Church. Until then, keep the A-word to yourself!

I love comments! If you're new to commenting on blogs, I recommend that you "Comment as" Name/URL. You can use your real first name or a nickname. URL is the address of a website that you want to be linked with your name - feel free to leave it blank if you don’t have one. Before your comment is accepted, you have to pass a spam filter. After clicking on 'post comment' or 'preview', just type in the sequence of letters you will then see (or click on the wheelchair for a recording of characters to type). Thanks for reading and commenting!